Well, they don’t come right out and say that … but… let’s look at the numbers.

First, 716 deaths across the country samsung kies download for free german.  Is that a lot?  Of course – ONE is a lot.  However, compared to the 1005 deaths in 1975, that figure is pretty good.  Further, there are a LOT more cars on the road today than 1975 so we’re seeing significantly fewer deaths [30% fewer] despite significantly higher “traffic density” [i.e., more cars per square inch]

Third, alcohol impairment was reported in more than ONE THIRD of all cycling fatalities skat kostenlos herunterladen windows 7.  By not drinking and riding, your risk of a fatal bike crash goes WAY down.

So, if you get on your bike in Ohio, take some time to enjoy some of the thousands of miles of great rural cycling roads throughout Ohio and don’t have a few drinks along the way your risk of a fatal crash is approaching single digits, I suspect herunterladen. 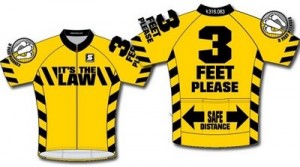