Distraction is becoming the new alcohol.

You know it’s big when the head honcho of the biggest transportation agency in the country is on board.  Is the scientific evidence supporting the anecdotal evidence?  Is “TWD” [Texting While Driving] as bad as “DUI?”

Ray LaHood is the United States Transportation Secretary.  On September 30,2009, he kicked off a Distracted Driving Summit in D.C. with the statement that “…distracted driving is a menace to society.”  He noted that every time you take your eyes off the road, even for a second or two, you put others in danger with your “irresponsible” behavior spielfilme legal und kostenlos herunterladen.

The D.O.T. is the latest group on the Distracted Driving bandwagon.  Those of us who ride motorcycles and bicycles on the roadway regularly see it all the time.  If I am riding downtown to court at 8:00 am, I would conservatively estimate that 1 out of 3 drivers are doing something other than driving – talking, texting, reading the paper, doing their eyes, or hair or nails, yelling at kids in the backseat. It’s almost like people think “Driving is so easy I can do it with my eyes closed…” 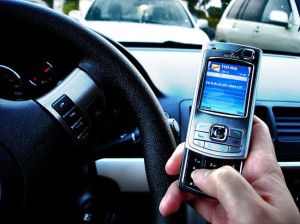 “Distracted” driving clearly means more than “texting” but LaHood singled out the many uses of cell phones in his remarks stimmgerät herunterladen.  “Texting” is a big one, of course, and LaHood pointed out that many of our country’s “best” texters are our youngest, and most inexperienced drivers.

Texting is only one aspect of electronic device usage we see in cars.  Folks use their Blackberrys and other “smart” phones to do dumb things while driving – like searching for songs on the Ipod, adding their last caller to their “Contacts” or trying to use the internet feature to find the address of their next destination on Google.

LaHood pointed out that in California, a train operator was “so busy texting a friend” that he failed to stop at a red signal, causing one of the worst train passenger train crashes in many years, killing 25 people and  injuring 135 more funny profile pictures for free.  In New York, a tow truck operator ended up crashing through a fence, sideswiping a house and driving into a swimming pool as the result of “TWD” – texting while driving.

Texting, specifically, has come under fire in several communities in Ohio.  According to “handsfreeinfo.com” the cities of Cleveland, Toledo and North Royalton as well as Summit County have passed some form of texting laws. You can read about it here. In addition, state legislators have no less than SIX bills percolating right now which might impact texting or other distracted driving issues herunterladen.

The New York Times reported, on January 6, 2010, that car companies are now getting into the act.  Not satisfied with their current level of displays, many car companies are showing up shiny new digital gadgets on the dashboard that will allow drivers to surf the internet while driving.  Ain’t that just grand?  The article, entitled “Driven To Distraction,” notes the concerns of safety advocates about the impact of these “infotainment” systems on one’s ability to drive down the road without killing anyone call of duty kostenlos herunterladen.

In one system, you can open a screen while driving, say to the Bearcats basketball game, and scribble ‘Bearcats’ on the screen with your finger – um… did I say, “while driving?”  The system will bring up information about restaurants, parking, maps, and, I am certain, bars where you can grab a few drinks before driving home!

According to one safety researcher, the longer you look at something OTHER than the road in front of you, the risk of a crash goes up – exponentially.  “Not linearly, exponentially.”  The risk of a motorist causing a crash, of killing a cyclist or motorcycle operator, goes up significantly every second the operator’s attention is diverted from actually operating the machine kostenloses programm zum herunterladen von videos.

Can you imagine a punch press operator with a TV set or Computer screen in front of him.  One second of distraction can cause the operator of such equipment to lose a hand or an arm.  If a hunter is distracted by trying to read a GPS while aiming the weapon and pulling the trigger, do you think his risk of hitting something other than an animal increases? 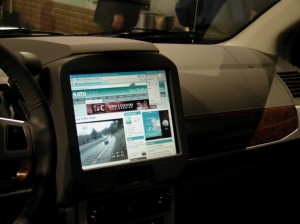 Until government looks at MOTOR VEHICLES the same way it looks at guns and other DANGEROUS equipment we are going to have government creating, accepting and failing to punish some sort of “acceptable” level of distraction which leads to maiming or killing others herunterladen.

Well, in 2001, the AAA Foundation for Traffic Safety was awarded a grant to study “distraction.”  At THAT time, NHTSA estimated that 25% of all police-investigated crashes involved some type of distraction.  In 2001, they estimated that only 1.5% of the distraction cases involved cell phone dialing.  There wasn’t even a category for “texting.”  One haunting sentence reads :”…as roads grow more congested and the demands on drivers increase, it seems likely that new in-vehicle technologies will add even more potential distracters…”

So now, in 2010, we have more cars, more congestion, more activities to drive to, less time to get it all done and more distractions herunterladen.

In 2008 the United Kingdom’s Transport Research Laboratory [TRL] conducted research on “texting whilst driving.”  The 64 page report is available for free on the TRL website. They tried to test the impact of texting on driving.  They concluded that texting makes it harder to drive… duh…

The TRL study went further, of course, and attempted to put some numbers to their conclusion.  In the 17-25 year old age group, which consisted of people who described themselves as “regular” texters, TRL found that texting while driving significantly impaired reaction times and made it difficult for the texting motorists to keep their vehicles within the lane lines plugins herunterladen.  At speed, the texters would travel a MILE while texting while the increased reaction time made for longer stopping distances, and made crashing far more likely.

Texters were also less able to maintain a constant distance behind the vehicle ahead of them and showed “increased variety in lateral lane position” – a fancy way of saying they couldn’t drive in a straight line.  Reading text messages resulted in a lesser impact on driving that composing text messages.

Texting was viewed as impairing driving skills more than alcohol and cannibis/pot internet exploreren gratis!  One researcher felt that this result might be explained by considering that drunk/high motorists are TRYING to steer the vehicles while TRYING to see the road, but are impaired and lack muscle coordination or the ability to keep the vehicles on the roadway.  Texters, however, are not even looking at the road – their hands are off the wheel and they are locked in concentration on something which completely prevents them from focusing on driving.

All of this data, of course, was apparently ignored by the carmakers and tech-device manufacturers as they continue to develop more and more ways to seduce the motor vehicle operator into taking his/her eyes off the road…