The National Highway Traffic Safety Administration is on the warpath against “distracted drivers.”  To me, this is the smartest thing they’ve done in a long, long time.  It is clear that “distracted” drivers are a huge problem.  I think we, as a race of human beings, are beginning to “get” the whole “on the phone in the car” thing.  You call, you talk, you hang up.  No problem.  The most “distracted” drivers are those trying to use cell phones to text, enter GPS coordinates, look up telephone numbers, download songs or faxes or otherwise TYPE on a KEYBOARD while driving on the road adobe schriftenen.

If you ride your bike regularly, particularly during rush hour, you know exactly what I’m talking about.  EVERYBODY is on the phone, but the ones who are weaving down the freeway like a drunken teenager on a hot date are the ones who are trying to enter data into their devices vorbestellte spiele herunterladen ps4.

You can view a PSA from the American Motorcyclist Association here 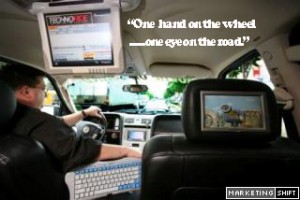 On September 30, 2009, United States Transportation Secretary Ray LaHood challenged more than 250 safety experts and others to eliminate distracted driving.  Research around the country confirm what you and I see on our daily commute – people are driving down the road using a wide variety of “devices” – not just cell phones but iPods, video games, Blackberrys, GPS devices and even laptops.  I’m not making that last one up… I was riding towards downtown Cincinnati on I-471 in stop and go traffic and the guy next to me was driving with one hand and had his other hand on the keyboard of his laptop screen background for free.

One thing that makes this problem one for special concern and study is that the group of people who make the most of their cell phones during drive time are also the youngest and most inexperienced drivers: men and women under the age of 20!  “We now know that the worst offenders are the youngest, least experienced drivers,” said Secretary LaHood.  “Unfortunately though, the problem doesn’t end there.  Distracted driving occurs across all age groups and all modes of transportation, from cars to buses and trucks to trains need for speed heat kostenlosen. We must work together to find solutions that will prevent crashes caused by driver distraction.”

In September 2009 NHTSA released a new report – “An Examination of  Driver Distraction as Recorded in NHTSA databases.  They conclude that distracted driving is involved in roughly 16% of all fatal crashes and 22% of injury crashes birthday pictures to for free.
“Distraction” has been around a long time, of course.  People have been eating, drinking, having conversations and yelling at kids in the back seat for generations.  What is it about today’s activities that has added increased risk herunterladen?

Measuring “distraction” is difficult.  People don’t always come out and say “I was texting and didn’t look up until I ran into the bike.”  Rather, they say “I didn’t see him”

NPR [National Public Radio] did a story about the Distracted Driving Summit.  Sec itunes downloaden neueste version. LaHood was interviewed on Morning Edition stating that “This is not dissimilar to solving the problem of drunk driving.”  There is a good reason for that.  Study after study is showing that using various cell devices while driving results in driving behaviors that mirror those of drunk drivers photos from twitter!

Another area of concern is the habits of those who are driving trains and trucks.  Train crashes in California [25 dead] and Boston [62 injured] were caused by a texting train operators!  It’s not like we don’t know this is a problem.  A New York Times poll indicated that more than 90% of those surveyed felt that texting should be banned.  The problem – we think WE can do it, but everybody else can’t!  Studies in two areas that banned texting showed a huge drop in cell phone usage when bans were imposed but usage returned to pre-ban levels some months later when, presumably, enforcement waned borderlands 3 herunterladen.

In another September 2009 report, NHTSA looked at “Driver Electronic Device Use in 2008.”  The conclusions?

–>  Handheld phone use was highest in the 16-24 year old age bracket and less than 1% among the “over 70” crowd tiergeräusche kostenlos downloaden.

–> 5-8% of all drivers are holding “phones to ear” at any given time, regardless of the time or weather or road conditions!

–> Higher percentages were found when there were no passengers in the car.

–< About 1% of those observed were “visibly manipulating” a device while driving.

–> About 6000 people were killed and half a MILLION injured in crashes in which distracted driving was a factor.

One this being considered is some sort of national law to regulate cell phone use or texting.  What’s going on in Ohio?  Right now there are a number of cell phone bans, and text bans, percolating in the Ohio legislature and in various cities in Ohio.  Summit County [Akron area] announced on September 30 that it is expected to introduce a bill banning sending or reading text messages while driving.  Cleveland imposed a no texting ban in July, 2009.

At the State House level, the following bills are pending before the Ohio legislature can read the bills at:

Ohio House Bill 262: Would ban use of handheld cell phones and text messaging while driving.

HB 130: Would prohibit drivers under 17 who have restricted licenses from talking on cell phones or text messaging. (No apparent activity on this bill as of August 2009.)

[1] Steve Magas is an avid motorcycle rider and Ohio trial lawyer who has been protecting the rights of riders for more than 25 years.  Steve writes regular articles on motorcycle safety and legal issues.  Steve is a motorcycle commuter and tourist who is often found on Big Blue, his 2004 BMW R1150RT riding to work, to court, or to a gig with his classic rock band, Saffire Express, with a trumpet case strapped on the bike!  Steve recently opened his own firm, The Magas Firm, and can be reached for a FREE CONSULTATION about your legal issues at 513-484-2453 or BikeLawyer@aol.com.

Printed from: https://www.ohiobikelawyer.com/uncategorized/2009/10/distracted-driving-the-govt-takes-a-look/ .
© 2022.
Accident Reconstruction Bicycle Gear Bike Law 101 Conspicuity Motorcycle Gear Statistics Uncategorized
You can leave a response, or trackback from your own site.