The Ohio Bicycle Federation’s Board of Trustees has been working on a number of improvements to Ohio’s “Bike Laws” including a “3 Foot Law.”  On September 28, the 3′ Law was introduced in the Ohio legislature gotomeeting free chip.

The OBF is working with Ohio State Sen. Teresa Fedor, a Democrat from Toledo, who became the primary sponsor of the BIll and who introduced the bill tothe media along with Mark Wagoner, a Republican, at a press conference on the Statehouse lawn on September 28 herunterladen.

While the law is not without problems, and critics, already, its introduction is an indicator of a renewed interest in Safety in Columbus that bodes well for cyclists herunterladen.

The full text of the bill is published below!  The key language to note is NOT that “three feet” is the required distance.  Rather, the bill reads that “a safe distance” is required when passing ANY vehicle.  The bill adds that  “When a motor vehicle overtakes a bicycle, the safe passing distance shall be not less than three feet….”

So a “SAFE DISTANCE” is always required.  That distance shall never be less than 3 feet, although it COULD be more than three feet…

The Bike Lawyer [and OBF Board Member] 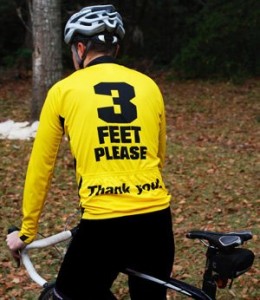 Regular Session tube video downloader for free. B. No.

establish a safe passing distance between a motor

vehicle and a bicycle herunterladen.

BE IT ENACTED BY THE GENERAL ASSEMBLY OF THE STATE OF OHIO:

amended to read as follows:

Sec how can I download music for free from youtube. 4511.27. (A) The following rules govern the overtaking

and passing of vehicles or trackless trolleys proceeding in the

(1) The operator of a vehicle or trackless trolley overtaking

another vehicle or trackless trolley proceeding in the same

direction shall, except as provided in division (A)(3) of this

section, signal to the vehicle or trackless trolley to be

overtaken, shall pass to the left thereof at a safe distance, and

safely clear of the overtaken vehicle or trackless trolley fehler beim herunterladen von gta 5. When a

motor vehicle overtakes a bicycle, the safe passing distance shall

be not less than three feet.

(2) Except when overtaking and passing on the right is

permitted, the The operator of an overtaken vehicle shall give way

audible signal, and the operator shall not increase the speed of

the operator’s vehicle until completely passed by the overtaking

(3) The operator of a vehicle or trackless trolley overtaking

and passing another vehicle or trackless trolley proceeding in the

same direction on a divided highway as defined in section 4511.35

of the Revised Code, a limited access highway as defined in

more traffic lanes, is not required to signal audibly to the

(B) Except as otherwise provided in this division, whoever

violates this section is guilty of a minor misdemeanor. If, within

one year of the offense, the offender previously has been

convicted of or pleaded guilty to one predicate motor vehicle or

traffic offense, whoever violates this section is guilty of a

misdemeanor of the fourth degree. If, within one year of the

offense, the offender previously has been convicted of two or more

predicate motor vehicle or traffic offenses, whoever violates this

section is guilty of a misdemeanor of the third degree.

Section 2. That existing section 4511.27 of the Revised Code

Printed from: https://www.ohiobikelawyer.com/uncategorized/2009/09/3-foot-passing-law-introduced-in-ohio/ .
© 2023.
Accident Reconstruction Bicycle Gear Bike Law 101 Conspicuity Motorcycle Gear Statistics Uncategorized
You can leave a response, or trackback from your own site.