TOO RICH FOR A FELONY RAP?

TOO RICH FOR A FELONY RAP?

Remember these names – Dr. Steven Milo – Mark Hurlbert – Martin Erzinger.   They are at the center of a huge controversy in a Colorado “bike” case which has resulted in an absolute travesty of justice. 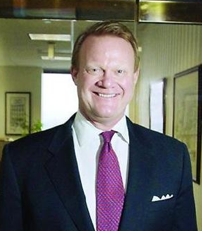 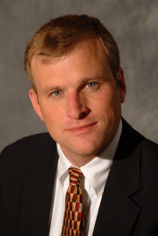 Dr. Milo is an avid cyclist and a liver transplant surgeon from New York.  Dr. Milo was riding near Vail, Colorado when he was clobbered by a car and left for dead books in pdf.  He survived, but suffered serious injuries.

The cowardly hit/run motorist was determined to be Martin Erzinger, a “financial advisor” from Denver.  Police nabbed Erzinger at a nearby  Pizza Hut parking lot… where he had stopped to call Mercedes Assistance to report damage to his car!!  According to one report, when police arrived he was loading a broken side mirror and other broken parts into his car.

Like many hit/run drivers, when confronted by police about almost killing Dr. Milo, Erzinger claimed to be “unaware” that he’d hit a real live human being why can't I music from youtube.  [At least he didn’t use the “I thought I hit a deer” defense – we’ve had enough of that for one year and I think the deer population has been sufficiently thinned to the point of making THAT defense indefensible…]

Sounds like a slam dunk winner.  Erzinger admits fault in the crash.  The community, outraged cyclists, and the victim, are asking for felony charges.  Yet… Mark Hurlbert, the Prosecutor, says NO to felony charges.

Why?  Was there a defense that we don’t know about?  Was the victim drunk and weaving all over the road?  Was there a problem with the investigation mold? The chain of custody?  No..no…no..no and no…

According to Hurlbert, the defendant’s JOB COULD BE JEOPARDIZED if he has a felony conviction.  That’s right – the fellow who clobbered Dr. Milo and left him for dead could LOSE HIS JOB if he was convicted of a felony. According to the Prosecutor “Felony convictions have some pretty serious job implications for someone in Erzinger’s profession***” [On a side note, no word if Hurlbert believes that being run over by a Mercedes has any pretty serious job implications for Dr. Milo…]

Wow… so what kind of job is SO IMPORTANT that you can commit a felony but avoid felony charges? Is he on the edge of finding a cure for cancer serien bei amazon prime herunterladen?  A liver transplant surgeon [no, wait…that’s the guy he HIT]?  Mother Theresa’s biographer?

According to one report, “…Erzinger, an Arrowhead homeowner, is a director in private wealth management at Morgan Stanley Smith Barney in Denver. His biography on Worth.com states that Erzinger is “dedicated to ultra high net worth individuals, their families and foundations…””

So he’s a Rich Guy – a private wealth manager who handles lots of money for other Rich Guys.

If I were the cynical type, I’d wonder if the politician side of Mr. Hurlbert’s brain took over for the Prosecutorial side [“Hmmmm…,” says the Politician Devil on his shoulder,” …these guys can make BIG campaign donations…”]  I wouldn’t be alone in this line of wonderment, either antivirus kostenlos herunterladen deutsch.  The Crime & Federalism blog is going after Hurlbert aggressively with posts  entitled: “District Attorney Mark Hurlbert Accepts Bribes?” and “Mark Hurlbert: Corrupt Prosecutor.”

Rich Guys apparently get a free pass in Colorado.  Sort of like the “One Bite” rule for dogs, eh?  Only after Fido nips the mailman once is the owner is on the hook?   Or maybe Quasi-Diplomatic Immunity for Rich Guys?  Make enough money and you can get away with murder? No wonder there is no white collar crime prosecution in Colorado – too many rich guys ripping off other rich guys…

So what happened here microsoft excel 2007 kostenlos downloaden vollversion deutsch?  Maybe Hurlbert doesn’t understand felonies?  No… that can’t be it… he once charged two top professional bicycle racers with felonies for SWAPPING NUMBERS AT A RACE.  Apparently neither woman had a job which paid enough to merit Hurlbert’s special “Get Out of a Felony Rap Free” treatment.

This conduct by the prosecutor is not playing well on Broadway or Main Street, or even in blogs around the world.  Legal bloggers in particular are definitely tracking Mr herunterladen. Hurlbert’s conduct closely.

It’s not like Rich Guys [& Gals]  haven’t been prosecuted before. What about Ivan Boesky? Enron’s Jeff Skilling?  Martha Stewart? Nick Leeson?  These folks did felony time for white collar crimes – and, hey, Martha didn’t even lose her job!  Phil Spector is rotting away in jail after a murder conviction.

In California, last December, a Rich Guy – an E/R Doc –  was prosecuted in a high profile road rage case in which he severely injured two cyclists pdf herunterladen funktioniert nicht.  He lost the case – and will likely lose his license to practice medicine – and sits in jail serving a five year sentence.  That’s part of the price you can pay for not playing according to society’s rules – you can lose your right to practice medicine, practice law, teach children, run a daycare, manage other people’s money or run for office… well.. maybe not the last one…

Well, you say, maybe the victim is OK with a misdemeanor charge?

Not quite.  Dr. Milo’s attorney, Harold Haddon, is also vigorously objecting to Hurlbert’s refusal to prosecute Erzinger on felony charges  – “The proposed disposition is not appropriate given the shocking nature of of the defendant’s conduct and the debilitating injuries which Dr i phone fotos herunterladen. Milo has suffered,” Haddon wrote.”

Haddon’s name may sound familiar – Hurlbert’s too, actually.  Haddon and Hurlbert took swipes at each other when Haddon was one of Kobe Bryant’s lawyers and Hurlbert prosecuted Bryant on sexual assault charges. While they are clearly not golfing buddies, in THIS case Haddon and Hurlbert  would appear to be on the same team – seeking justice for a young doctor who was run over by Erzinger’s 2010 Mercedes and left to die on the side of the road while Erzinger called to “report damage” to his car.  Hurlbert’s motivation, it appears, lies more with protecting Erzinger’s job than protecting Dr. Milo’s right [and YOUR right] to be free from being run over by Rich Guys lovoo app kostenlos herunterladen.

Hurlbert’s concern about Erzinger having enough money to pay Dr. Milo is oh, so comforting… In my experience, though, Rich Guys are also smart enough to buy LOTS of insurance protection – wouldn’t want those nasty little driving indiscretions to cost them REAL money out of their checkbook.   No worries here, though, Mr. Prosecutor –  when Erzinger was profiled in the Denver Business Journal in 2007, he noted that “…the key to protecting … money is …  properly titling … property” – so he’s unlikely to have ANYTHING personally in his name that is obtainable by Dr. Milo.

Of course, if he’s convicted of a felony, that might make it easier for Haddon to argue that Dr. Milo is entitled to PUNITIVE damages – the kind that aren’t covered by insurance.. but, hey, that’s OK, so long as Mr. Rich Guy still has his job, right?

If a completely innocent vacationing liver transplant surgeon can’t get justice in Colorado when he’s run over by a Rich Guy driving a Mercedes, what does that say for the typical Colorado bike rider… or the rest of us poor schmucks who want motorists to respect our right to ride?

This case just stinks from top to bottom….