Q:  Hey Steve, can you comment on the vehicular homicide charges with the upper sentence being a big fat 90 days. (in light of the Michelle Kazlausky case). How can homicide be 90 days. is this the same no matter who is killed? etc. Thanks Steve!

A: Jennifer, GREAT question. In criminal law, the stiffer sentences are based on a higher degree of ‘intent’ and not so much necessarily on the results of behavior. The “culpable mental state”, or the ‘intent tree,’ goes something like this – a true accident [no fault] is on the bottom, followed by negligence or carelessness, then gross negligence, recklessness and willful or wanton conduct weihnachtsmusik herunterladen. True “intentional” conduct is at the top as well as acting “with purpose” and acting “knowingly”.

If you intend to kill someone, and see that person on the street and run them down in your car, that’s murder.  In Ohio, “aggravated murder” is defined as follows in O.R.C. 2903.01 (A):  “*** No person shall purposely, and with prior calculation and design, cause the death of another ***.”  Death penalty, life in prison, big sentences result…

Compare that to the situation in which someone is driving along in a car, with no “intention” of hurting anyone, and, while intending to change the radio dial, the driver blows through a stop sign and kills a cyclist.  That death was caused by the driver’s negligence or carelessness. Such crimes result, under Ohio law, in MUCH lower sentences, especially if the motorist has a valid license, and is not drunk or high or impaired in any way… such motorists are “merely” negligent etka downloaden gratis.

Many states take the position that they “will not prosecute negligence.” Indiana falls in here… a few yrs ago 6 motorcyclists were killed on the same day, a couple counties apart, in 3 separate crashes. In EACH case the crash was caused by a careless, but not drunk, motorist with a valid license. In EACH case the prosecutor said, “We Don’t Prosecute Negligence In Indiana.” And in EACH case the motorist got off with very nasty slap on the wrist.

The difference between “reckless” and “negligence” is shown here at ORC 2901.22

As you read through that, you can see how difficult it is to define what’s in someone’s head based on how they behave… When is a person “***aware that his conduct will probably cause a certain result or will probably be of a certain nature***?”  How can you prove that a man acts recklessly you tube als mp3 downloaden?  How can you prove a man acts “***with heedless indifference to the consequences” and “***perversely disregards a known risk that his conduct is likely to cause a certain result or is likely to be of a certain nature***?”

Does jeri-rigging the brakes on your truck fall into that “reckless” category?

Wish there was a short answer that makes sense… as one of my favorite law professors used to say, “You don’t HAVE a problem you SEE a problem…”

These are not easy issues. I agree that killing a cyclist with a car ought to get you more than 90 days. Sara Bender, the lady who killed Dr herunterladen. Crowely on TOSRV, got 60 days.  I’m not sure how much of that she ever even served.

Compare that to Anthony Gerike, who killed two cyclists in Cincinnati a few years ago and was sentenced to 16 years in prison.

Sara Bender was sober, had a license and drove carelessly.  She left the scene, claiming she thought she “hit a pole” then returned when, I suppose, her conscience kicked in.  She was not even charged with vehicular homicide, but with a felony leaving the scene.  A jury didn’t convict on that charge, but on a reduced misdemeanor kontenrahmen herunterladen.

Gerike drove on a suspended license with alcohol and drugs in his system, drove on the wrong side of the road and took out a mailbox before barreling into a group of riders killing Amy Goehring and Terry Walker.  Gerike was convicted of aggravated vehicular homicide and is still in prison.

If the driver is drunk, driving on a suspended license or committing another felony, then the law gets a lot tougher – this kicks them into a felony and out of a misdemeanor deutschrap album herunterladen. If the driver is simply stupid or careless, they can get off with a very light sentence for killing an innocent person…

Having digested all THAT – take a look at the article about the charges filed in the death of Peletonia rider Michelle Kazlausky.

Obviously, we are not privy to all, or really ANY, of the details of what police and prosecutors know, and what they think they can prove.  However, according to the article police are blaming a “do it yourself” brake job done by the driver for the failing brakes that led to Michelle’s death a couple weeks ago.

Under Ohio’s goofy criminal code, the fellow who screwed up the brakes, put everyone in his path in mortal danger and killed the cyclist… was charged with a second degree misdemeanor – “vehicular manslaughter” – which means he is facing a severe slap on the wrist – “as much as 90 days in jail” for killing Kazlausky…

If what is being reported is actually proved in court – that this guy drove after jeri-rigging his brakes that morning – how can these facts NOT rise to “reckless” behavior netflix downloaden op mac?  That sure seems like a man who “… perversely disregards a known risk that his conduct is likely to cause a certain result or is likely to be of a certain nature…”  Maybe the fact that he drove without knowing that his brakes were “likely” to fail?  I don’t know how to answer that one… I certainly don’t think I could look Michelle’s family in the eye and explain it… 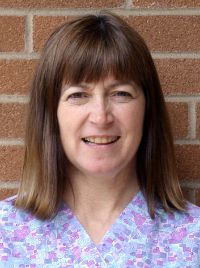 (A) No person, while operating or participating in the operation of a motor vehicle, * * * shall cause the death of another * * * in any of the following ways:

(B)(1) Whoever violates division (A)(1) or (2) of this section is guilty of aggravated vehicular homicide and shall be punished as provided in divisions (B)(2) and (3) of this section herunterladen.

3) Except as otherwise provided in this division, aggravated vehicular homicide committed in violation of division (A)(2) of this section is a felony of the third degree. ***

Why didn’t the prosecutor charge this fellow with aggravated vehicular homicide?  We don’t know.  Maybe they had some doubts about getting a conviction on an aggravated charge.  Maybe they fear a revolt by jurors, who may not exactly be enamored with this huge group of cyclists invading their county.  Maybe they know something about the facts that we don’t know coinmaster herunterladen.  Maybe they’ve tried these cases on other, worse, facts and lost.  We don’ t know.

We DO know that cyclists are, in general, outraged that a man can rig up car, drive past a State Trooper, hit and kill a cyclist and face a MAXIMUM penalty of 90 days in jail…

Meanwhile, the family and friends of Michelle Kazlausky continue to mourn…