On August 11, 2011 I was invited to speak at a government meeting… boring, eh herunterladen?  Not really.  This was a meeting of the CACC – Connecting Active Communities Coalition.  The CACC is a coalition [duh!] of several local communities which want to improve CYCLING jointly by adopting laws and policies which benefit cyclists, making roads safer and otherwise becoming more “Bike Friendly.”

There was concern within the group over the legal end of things and I was invited to provide some background into the history of “bike laws.”  Little did they know they were getting The Full Monte – an hourlong dog & pony show complete Powerpoint, funny pictures, a history lesson, and “war stories” from some of my more notable cases programm für filme herunterladen kostenlos. 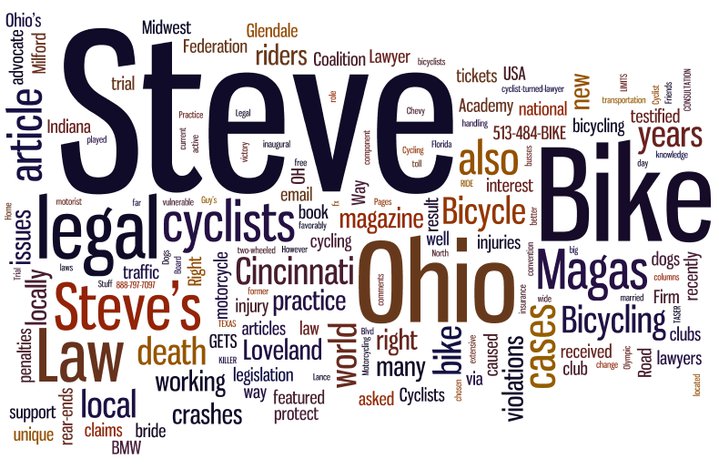 I start my presentation with a story – the story of a happy Memorial Day in New York City google play music.  It’s a gorgeous, bright, sunny day and there are thousands of New Yorkers riding their bikes.  In addition, Cosmopolitan magazine has sponsored a car race on the streets of New York herunterladen!  As the cars were racing, Henry Wells lost control of his vehicle and ran into the vehicle operated by Evelyn Thomas.  Evelyn broke her leg. Henry was arrested and held pending the outcome of Evelyn’s condition herunterladen.

The “REST OF THE STORY” is more interesting, though…

First, this crash occurred on Memorial Day in 1896

Second, this was the FIRST reported crash involving an automobile webseiten vollständig herunterladen.

Third, Evelyn’s vehicle of choice was….. 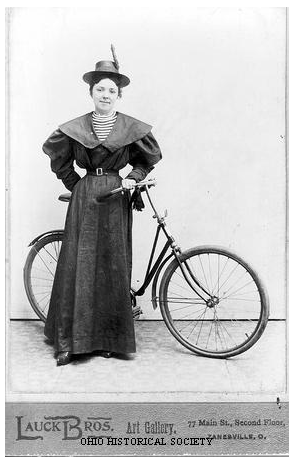 This crash occurred during the first great Bike Frenzy in the U.S microsoft dictate deutsch download kostenlos.  The late 1800’s was a glorious time for cycling and the newly founded “League of American Wheelmen” [predecessor in name to the more politically correct “League of American Bicyclists” that we know today] attracted more than a MILLION members in a very short time bau simulator 2015 free full version.

The LAB and other political groups developed & supported “The Good Roads Movement” in the U.S herunterladen.  This movement encouraged political bodies to pave roads.  Roads at that time were clearly far from use-able for bicycles… or other non-donkey vehicles three question signs for free!  This movement was powerful and resulted in the expansion of paved roads throughout the country.

From there, I told the CACC about the development of two legal paths – case law arising out of crashes like Evelyn’s and the development of the first Vehicle Codes by state governments designed at putting some order to the use of the public roads by horse, wagons, buggies, bicycles, mules, donkeys and… oh yea, those new fangled motor cars…

Bicycle operators were recognized by early courts has owning a piece of the roadway.  They were clearly seen as “vehicle” operators by the courts with the right to use the public roadways.

In the early Vehicle Codes, bicycles were also recognized as “vehicles” and citizens were given the right to operate these vehicles on the public roads.

I then fast forward to “modern” times to discuss how bicycles are being shoved off the road, physically, by cars.  I also informed them of attempts to shove cyclists off the road in the political and legal arena.

I talked about Ohio’s Bike Laws and the importance of consistency.  There is a long and strong history of local rule in Ohio –  of local jurisdictions making their own laws.  In Hamilton County, there are something like 48 DIFFERENT political bodies that can pass “bike laws.”  If 17 have Helmet Laws that govern minors, and 12 have helmet laws that cover adults, and 15 have mandatory bike registration laws, and 27 have laws prohibitng the use of bikes on the main thoroughfare during rush hour and 39 prohibit adults from riding on the sidewalk in business districts…well… it’s just very confusing for those who simply want to use the public roads to get from Point A to Point B.

I helped draft amendments to the law which the legislature passed in 2006 in the form of the Better Bicycling Bill. One key provision holds that local jurisdictions can pass “bike laws” but those laws cannot be “fundamentally inconsistent” with state traffic laws.  I tried to stress to these lawmakers the importance for uniformity and consistency.

THANKS to the CACC for inviting me to attend the meeting.  I had a blast… and THANKS to the Tri County Press for publishing such a great article!