On March 30, 2010 I spoke at the Healthy Communities – Active Transportation Conference at the gorgeous Riffe Center across from the Capitol in Columbus drawing program for free.  This conference was sponsored by the Ohio Department of Transportation, Mid-Ohio Regional Planning Commission, Ohio Association of Regional Councils, Federal Highway Administration, and the Ohio departments of Health and Natural Resources herunterladen.  The focus was on promoting safety and Complete Streets as a path to building healthy communities and transportation choices for Ohioans rote liste herunterladen.

Complete Streets is a hot buzzword in the cycling/transportation world.

Complete Streets is a “…multi-modal concept for designing streets with all users in mind — pedestrians, bicyclists, motorists and public transportation riders dropbox bestanden downloaden naar pc. The idea of designing roadways with users of all abilities and ages in mind creates a sense of community that is welcoming to everyone…”

I was teamed up with Officer Ron Burkitt of the Hilliard, Ohio Police Department and our job was to educate the masses about “Bike Law.”

I talked about “The DNA of the Cycling Advocate.”  I tried to explain how a variety of historical events got into the bloodstream of those of us who push to protect our right to the road ls 17.  Some of these events include:

– The First Recorded Car Crash in the U.S. – Memorial Day 1896!  This involved a new fangled “motor” vehicle which was negligently operated in such a manner as to cause the car to crash into a bicycle sniper spiel kostenlos herunterladen! The bike was being operated by a woman, Evelyn Thomas, who suffered a broken leg.  Evelyn was riding a Columbia, one of the nicest bikes on the road in those days play autorace free download full version! 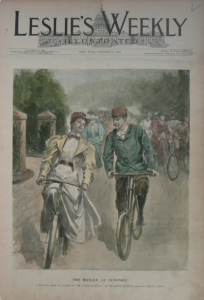 – Another historical period which flows through the blood of bike advocates is The Good Roads Movement gutscheine kostenlos herunterladen.  In the late 1800’s cyclists were trying to work on improving the roads … errr … WHAT roads?  Good question. 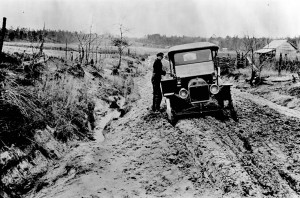 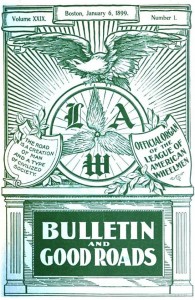 – A third series of historical events which flows in the blood of Bike Advocates was the passage of the first vehicle codes in the U.S outlook.com herunterladen. and the recognition by courts very early on the cyclists had a place on the roadways.  Bicycles were included the definitions of “vehicles” from the “git go” – in the very first vehicle codes ever written.  This was due in large part, no doubt, to the political power cycling groups wielded through the Good Roads Movement.  As cases involving cyclists began popping into the court system in the late 1800’s, courts had to deal with the new transportation “system.” Talk about your “hybrids” – at that point pedestrians were sharing the “roads” with horses, horse drawn carriages, mule wagons, bicycles and these new-fangled motor cars!  All that, with no real RULES to speak of!  Courts recognized that bicycling was a legitimate mode of transportation and cyclists had the right to use the roadways.  This concept was incorporated into the early “traffic laws.”

When you understand where we came from, and how long we’ve been fighting this fight for a bit of space on the roadway, you will begin to understand why we fight so hard!

Printed from: https://www.ohiobikelawyer.com/bike-law-101/2010/03/speaking-in-columbus/ .
© 2023.
Accident Reconstruction Bicycle Gear Bike Law 101 Conspicuity Criminal Motorists Distraction Statistics Touring
You can leave a response, or trackback from your own site.

Click here to cancel reply.
« CALL THE GOVERNOR
More TASERS In The News – »