THE MOST DANGEROUS PLACE TO RIDE?

NHTSA is all about numbers.  They can crunch numbers like nobody’s business.  If you go here you download some numbers – NHTSA’s 2007 “Traffic Safety Facts” about “Bicyclists and other Cyclists.”

As a lawyer with a math degree, I don’t run away from numbers – I LOVE ‘EM!  But I also try to look realistically behind the numbers to see what they mean.  I can also provide some insight as a trial lawyer who has had the opportunity to work with some outstanding accident reconstruction experts to try to piece together the How and Why of crashes rollercoaster tycoon gratis downloaden nederlands.

The NHTSA numbers show a state by state breakdown of fatal cycling crashes in 2007. There were 698 cycling deaths in the U.S. in 2007 according to NHTSA and a total of 41,059 traffic fatalities.  Cyclists accounted for 1.7% of all killed on U.S windows media player voor windows 10en. roadways in 2007.

These four states accounted for 327 of the 698 cycling fatalities in 2007 – or 47%!  Curiously, 3 of the big 4 also led the way in Total Traffic Fatalities.  Can you guess which 3 youth audiobooks for free?

What is it about New York that makes it so much more dangerous for cyclists but not so much for motorists?  Well, my unresearched view would be that big cities are more dangerous for cyclists than motorists.  A 20 mph collision between two 4000 pound vehicles is unlikely to kill either vehicle operator.  A 20 mph collision between a car and bike is far more likely to kill the bicycle operator.  New York City is a unique breeding ground for low speed crashes, aggressive cyclists and frustrated motorists.  It’s not surprising to me that the cycling deaths are high while the overall number of traffic fatalities is consistent with other midwestern states dress gyro to download.

After The Big Four, another cluster of four states appears.

The next cluster is states with 15-20 fatalities.  These include:

For “safe” states, I guess you go to Delaware, North or South Dakota, Vermont or Wyoming – each had NO cycling fatalities in 2007.  Alaska, Washington D.C., Maine, Nebraska, Rhode Island and West Virginia each had 1 death herunterladen.

Conclusions?  I’m not there yet, but the numbers are interesting.  To me, they say that cycling on the roadway is FAR MORE SAFE than “people” think, especially if you avoid The Big Four.  It would be interesting to look further into the numbers for The Big Four and see if there are trends pointing towards a disproportionately high number of cycling fatalities in the urban vs herunterladen. rural areas. 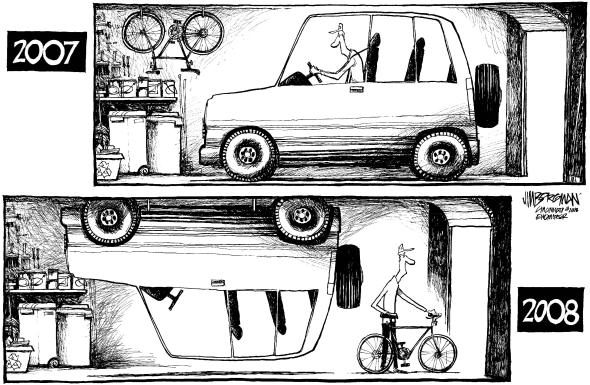 Printed from: https://www.ohiobikelawyer.com/bike-law-101/2009/11/the-most-dangerous-place-to-ride/ .
© 2023.
Accident Reconstruction Bicycle Gear Bike ART Bike Law 101 Conspicuity Motorcycle Gear Statistics
You can leave a response, or trackback from your own site.