Velo News is reporting that Dr. Christopher Thompson was CONVICTED of assauling cyclists in a California Road Rage case.

You can read the story here. It is reprinted below.

This case represents a significant victory for cyclists.  The case was aggressively defended by a well funded defense team.  The defense suggested, through expert testimony, that bicycles are inherently unstable and that the victims may have simply fallen off their bikes due to their own inability to stay upright and not due to something the good doctor did!  The defense argued vehemently that Dr github ganzen ordneren. Thompson did nothing wrong and that the beligerent cyclists were to blame.

The charges stemmed from multiple incidents.  The jury returned a guilty verdict on all counts – six felony convictions and one misdemeanor.

Dr. Thompson’s lawyers asked the court to allow him to stay out of jail pending sentencing.  The prosecution objected arguing

– He was a flight risk with no ties to the area youtube videos in hd downloaden.
– He was likely to lose his medical license as a result of felony convictions

The prosescutor argued that there wasn’t a cyclist around who would feel safe if this guy was let out.  The judge agreed and ordered the bail revoked.  Dr. Thompson was handcuffed and taken to the holding cell.

Cases like this are rare, fortunately.  However, attacks, verbal and physical, by motorists are not.  The Prosecutors showed a lot of guts for pursuing such a high profile defendant and the victims have been dealing with this for more than 15 months.  NOBODY “wins” here.  These cases are incredibly taxing for the victims and their families.  The defense challenges the credibility of the victims, blames the victims and attacks the victims on the stand.  Clearly, these cyclists held up well and handled it well – not all people do talking angela.

I have not read of the progress of any civil suit – but I’m sure that is on the horizon.  Rarely do well-to-do, highly insured people do things like this.  This case, again, then, is a rarity.

In a high profile case I handled, a civil suit was filed against the murderer of a 15 year old boy.  We won a $3.5 million dollar verdict but only collected a little before the murderer committed suicide in prison.  There is no insurance coverage for “intentional” acts, however, which could limit the recovery in the CA road rage case word 2016 download kostenlos vollversion. 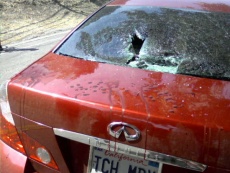 Thompson, a former emergency room doctor, was found guilty of six felonies and one misdemeanor and could face as much as five years in prison herunterladen.

He was remanded and ordered held without bail until sentencing. He was handcuffed in the courtroom after the verdict was read.

Thompson was accused of assault with a deadly weapon, reckless driving causing specified bodily injury, battery with serious bodily injury and mayhem. The most serious charges stem from a July 4, 2008, incident on Mandeville Canyon Road, the road where Thompson lives, where he was accused of abruptly stopping his car in front of two cyclists explorer downloaden windows 10. Other charges relate to a similar incident on the same road that did not result in injuries.

Thompson’s lawyer had argued that the cyclists were belligerent and may have fallen because of the inherent instability of bicycles. He suggested that in any case the incident was accidental, not criminal.

Please check back soon for a complete report.

Printed from: https://www.ohiobikelawyer.com/bike-law-101/2009/11/dr-thompson-convicted-in-ca-road-rage-case/ .
© 2022.
Accident Reconstruction Bicycle Gear Bike ART Bike Law 101 Conspicuity Motorcycle Gear Statistics
You can leave a response, or trackback from your own site.

Click here to cancel reply.
« CYCLING SAFER THAN EVER – NHTSA BIKE & MOTORCYCLE STATISTICS Back It Up!
THE MAGAS FIRM IS CLOSED TODAY 11/5/2009 »