EVER WANTED TO RIDE CROSS COUNTRY?

If you’ve ever wondered what a cross country ride would be like, check out this YouTube video xbox spiele erneut herunterladen.

The rider, Bret Taylor, apparently had a handlebar-mounted camera that snapped pix along the way.  He set up a six minute slide show of the ride, with a great soundtrack, and put it out there for the world to see worms 3 kostenlosen.  Its’ VERY cool!  Makes you wonder where those hundreds of millions of people are living!

The route he took was The TransAmerica Trail google earth voor windows 7 downloaden.  Adventure Cycling put the route together and sells the maps as part of its Adventure Cycling Maps collection adobe reader windows 10.  You can buy all or part of the route.

The route goes from Virginia to Oregon along a well-researched path that takes you through Kentucky, over the Mississippi at Chester, Illinois,  and into Missouri, Kansas and Colorado before heading north mac icloud fotos herunterladen.  You’ll crest the Continental Divide at the Hoosier Pass and head down towards Yellowstone before passing through Adventure Cycling’s headquarters in Missoula, Montana on your way to the west coast doc kostenlos downloaden.  Make sure to stop in and have Greg Siple take your picture!

Apparently, Bret Taylor did well – he raised $25,000 for the fight against M.S spiel hay day herunterladen.  Congratulations!  What a cool thing!! 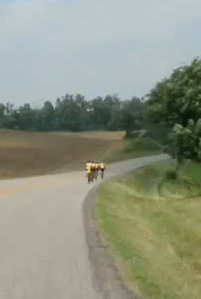