As an experienced Emergency Room physician, Dr. Christopher Nolan saves lives for a living.  In a Road Rage trial that is in progress, he is accused of passing a pair of cyclists riding two abreast and then suddenly stopping his Infiniti for the purpose of causing a crash.  One of the two riders was “lucky” – he suffered a grade 3 separated shoulder.  The other had his nose almost severed from his face as he went through rear window youtube video online herunterladen. 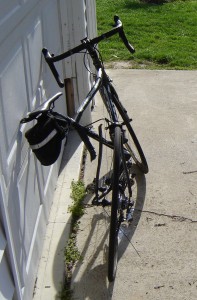 According to a Velo News article Dr kostenlose schriftart downloaden. Thompson told police that he was “tired” of the cyclists who frequently used the roads and that he stopped in front of the two riders because he wanted to “teach them a lesson.”   The most recent Velo News article it is reported that defense lawyers were cross-examining the cyclists, implying that the cyclists were “looking for trouble.”  The defense lawyer argued that “bicycles are inherently unstable” and that one of the riders may have “lost control and fell over” on his own accord.”

The case is pending in the Los Angeles Superior Court herunterladen oder herunterlädt.

Bob Mionske wrote a nice article on his Bicycling magazine blog netflix herunterladen linux. Bob talks about other road rage car vs. cyclist cases which seem to be popping up all over the country.

Printed from: https://www.ohiobikelawyer.com/uncategorized/2009/10/road-rage-trial-er-doc-vs-cyclists/ .
© 2023.
Accident Reconstruction Bicycle Gear Bike Law 101 Conspicuity Motorcycle Gear Statistics Uncategorized
You can leave a response, or trackback from your own site.