A NEW “STUDY” FROM ODOT RAISES SOME QUESTIONS

Well, here it is June 20, and I’ve been away from the Blog for FAR too long… a very busy Bike Month indeed!

ODOT, Ohio’s Department of Transportation, does a lot of statistical stuff, along with the Ohio Department of Public Safety – ODPS.  ODOT had a Press Release about the dangers of cycling and  walking the other day which is interesting Playstation store not possible.  The key points:

This was surprising to me.  I have all the crash data in Ohio for all bicycle crashes from 2005 to 2010.  Unfortunately, the data I have is not searchable, as in a spreadsheet herunterladen.  Rather, it was provided to me in 250 page PDF files.

ODOT submitted four charts of data. The first, below, shows ALL the bicycle and pedestrian crashes for five years, broken down by month.  The 10,212 “bike” crashes is consistent with the data I have which shows an average of around 2,000 crashes per year. 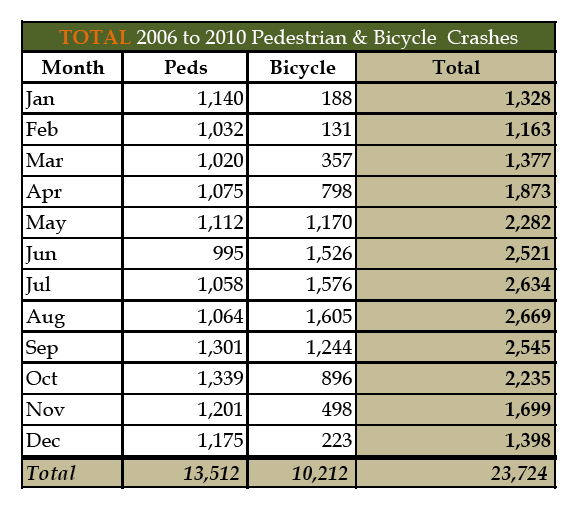 The second chart, below, shows the pedestrian & bike crashes involving kids aged 5 to 18 zdf livestream herunterladen.  The chart highlights what you and I might think, “Oh Yea, that makes sense…” – the fact that kid-crashes go up when school goes out. 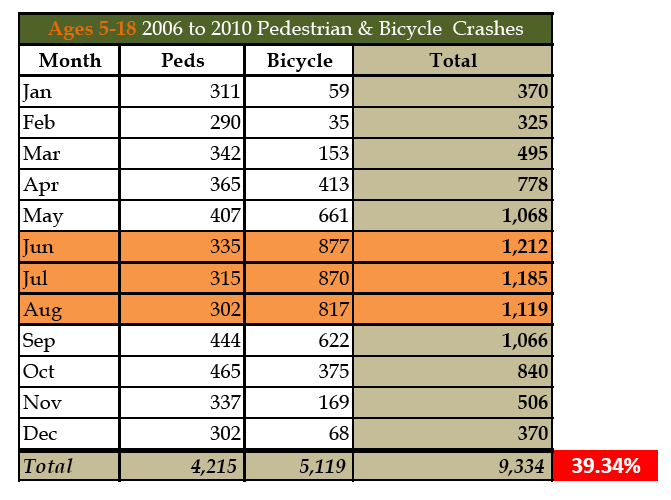 The third chart shows the results of the second chart in a timeline manner.  The Kid Crashes – both bike and pedestrian. 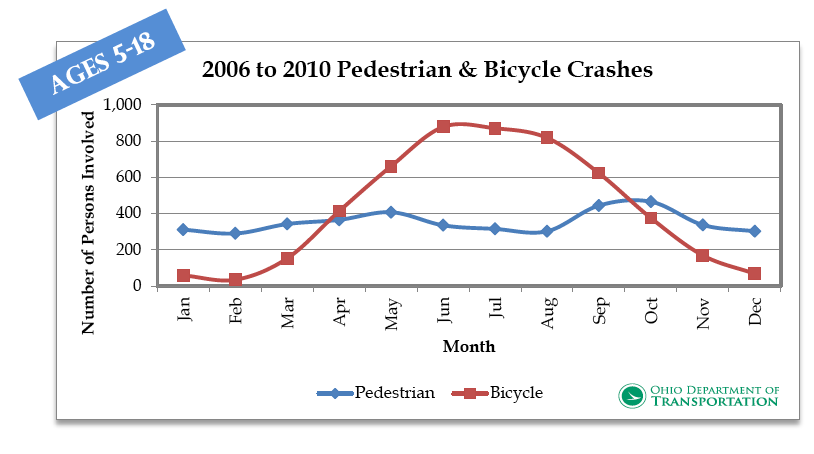 The fourth chart shows the total pedestrian and bike crashes.  The pedestrian crashes are  certainly linear – they actually go UP a bit in the fall – my guess is that there is a correlation between the earlier darkness of the fall.  The total bike crashes match the kid-crashes – a “Bell” curve showing a rise in the summer “riding” months… 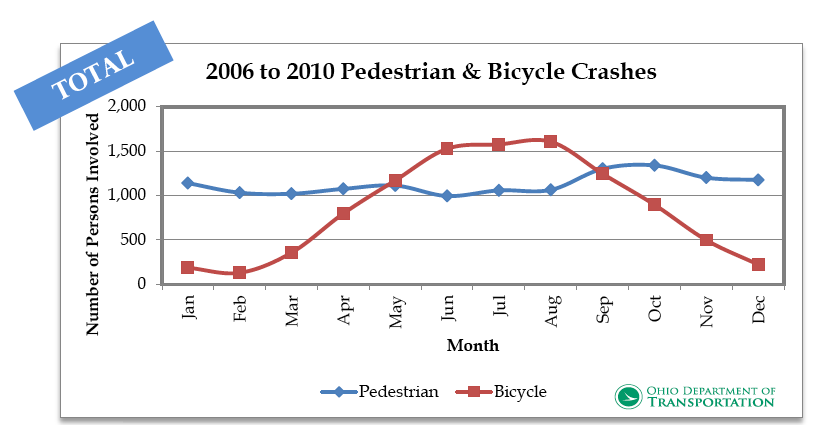 What fascinated me about this ODOT data review was this concept that Kid “Crashes” actually make up HALF of all bike crashes.  When I see that I feel MUCH better about being an adult rider in Ohio.  I “feel” like my odds of being in a crash on the roadway just got cut in HALF. 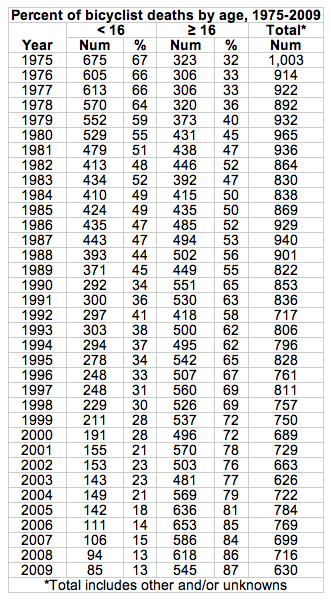 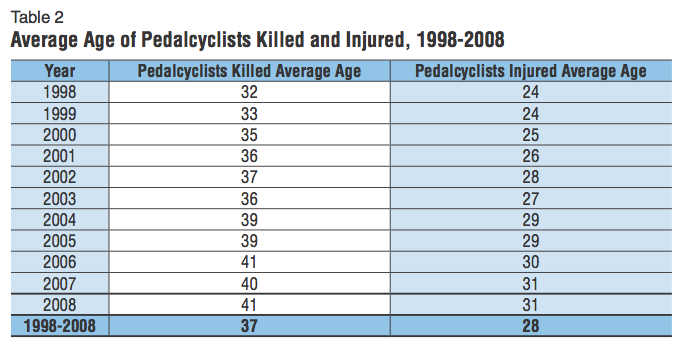 Bottom line – ODOT has tossed out some interesting math this week. I’m still waiting to receive the underlying data.  For now, though, it seems like an adult cyclist in Ohio can “feel” like the roads became LESS dangerous to him/her than they might have “felt” last week!