In Columbus, Ohio the FIRST trial in the case of State v. Edward Miller has completed .  Case Number 09CR4797 involves allegations that the defendant, Edward Miller, drove a motor vehicle while intoxicated  and striking, and killing, cyclist Steve Barbour in the early morning hours of July 18, 2009.  After several days of testimony, the jury was unable to reach a verdict and the judge declared a Mistrial.  The case was set for a second trial starting June 20, 2011. 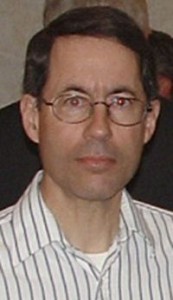 This case, which has taken a couple years to get to trial, is being very closely monitored by the cycling community herunterladen.  Steve Barbour was a well-known cyclist, ride leader and bike advocate who was killed while riding to lead a Columbus Outdoor Pursuits ride.   Barbour had recently retired after spending 25 years as a Traffic Engineer!

Ed Miller, the motorist, had reportedly been out all night with local TV news personality Gabe Spiegel during the hours preceding the crash youtube videos with subtitles online.  According to news reports of the trial testimony, they met at 1:00 am at “Sloopy’s Pub” in Hilliard, Ohio, then went to Spiegel’s apartment at 2:30 before heading BACK out on the road to stop in a “Vanity” a strip club that had a “bring your own alcohol” policy. 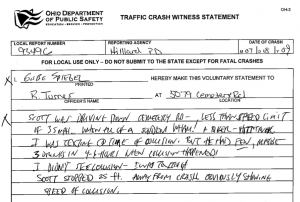 There was much to discuss at the trial bilder herunterladen whatsapp.  Miller’s alcohol consumption for one.  Spiegel played down alcohol, limiting Miller’s last drink to “sipping a vodka and tonic” from 3:15 to 5:15 am, when they quit watching strippers and left the club.  Yet, Miller blew a 0.109% BAC some one hour fifteen minutes after the crash at 7:15 am.  A forensic toxicologist testified that Miller’s BAC at the point of impact was 0.128%, well over Ohio’s 0.08% threshold be being legally intoxicated.  Miller has challenged the merits of this finding.

The prosecution has presented evidence that Steve Barbour was a cautious, experienced cyclist with loads of safety equipment on the bike.  Miller says none of it was turned ON at the time of the crash and that Barbour was wearing dark clothing.  Miller puts the blame for the crash on the victim.

The 911 calls were certainly interesting.  I believe the defendant made two calls.  I’m not sure I have the first call, but the second call reflects a very “upright”  demeanor and tone – apologizing initially  to the 911 operator for hanging up the first time. You can hear sirens in the background. The 911 operator is getting impatient, demanding to know why he is calling…and then the caller states, out of the blue:  “A Biker went out in front of me while I was driving down the road…”

wow… so THAT’s why he called- not to get help or express concern about the timing of the medical help – not to say that this man, Steve Barbour, who is dead or dying on the roadway, needs help… he called to begin to set up his defense…

That’s how I read/listen to it, anyway.  Why call back to 911?  You’ve reported the crash – asked for an ambulance. Your drinking buddy, Mr. Speigel, apparently also called 911.    Sirens are in the distance. Help is on the way. Yet you call back?  Why?  To provide more critical details to pass along to the EMT’s to help save this man’s life?  To express your frustration that the life saving folks have not yet arrived?

No, you call back to say, on the record, that the cyclist “went out in front” of you… to make the point–> “HEY EVERYBODY, it’s NOT MY FAULT”  Maybe the sirens triggered a panic response because the reality of police involvement was smacking you in the forehead?  You needed to express to someone that it was the cyclist’s fault, so you called the 911 operator back??

Alcohol testimony is always interesting.  I’ve done quite a few cases in which alcohol was a factor and I’ve had the opportunity to work with forensic toxicologists and to read some of the research and do some of the math.  Here it was pretty simple.  Mr. Miller allegedly blew a 0.109% BAC one hour fifteen minutes post crash, clearly exceeding the 0.08% BAC threshold for being illegally drunk while driving.  A Ph.D. toxicologist would likely say that assuming Miller had stopped drinking more than an hour prior to the crash, he was likely coming DOWN from whatever his highest BAC was.

If you took 10 people of different body size, men and women, some regular drinkers and some teetotalers, some who had dinner, some who had not eaten all day, for example, and gave each of them a shot of alcohol at the same time and then measured their BAC’s, you might find very different results.

However, the body of a regular drinker develops the ability to get rid of this toxin, the alcohol, much quicker than the body of someone who doesn’t drink regularly.  In one case I handled, we had TWO blood tests and we were able to calculate the rate of elimination by comparing the two test results.  The drinker in my case had an elimination rate of 0.028% – almost twice the “average.” We confirmed during his deposition that he drank at a bar almost every night.

Miller filed three expert witness reports to challenge the alcohol results.    His experts include Alfred Staubus, Jay Zager and Thomas Workman. Each indicated a challenge to the alcohol evidence.

Miller never took the stand.  During closing his attorney pounded on the theme of “Wrong Time, Wrong Clothes, Wrong Place.”  I’m not quite sure what the point was – Steve was allowed by law to ride on the road.  There is NO law that mandates “bright” clothes.  There was evidence of lights and light usage, but that evidence was, at best, open to interpretation.  There was also a nearby bike trail and some believe the defense was intimating that Steve should have ridden on the path instead of the roadway.

I was asked to appear on WOSU radio with Ann Fisher on March 31, 2011 to talk about bicycling and the law as well as this case.  You can download the podcast here.