I’m not a criminal lawyer.  I don’t do criminal cases and I must confess I don’t know criminal law the way I know the law relating to civil cases, insurance, and the like!  So maybe this is why I STILL don’t get criminal sentencing sometimes…

It seems like we are ALWAYS hearing about motorists who kill or maim riders… and yet, there is no prosecution, or they receive very little punishment for their misdeeds.  Readers frequently ask me “How Can This Happen?”  Hit/run cases are EPIDEMIC today… yet, the penalties for hit/run drivers are very small compared to the impact of such actions on the families losing a loved one.

I read the first sentence of this January 12, 2011 online newspaper article, though, and my jaw hit the floor… “…A Canton woman involved in a fatal crash that killed a motorcyclist in June reported to the Stark County Jail on Monday to begin serving a 15-day jail term.…”

Yes, that’s not a typo.  She began serving her FIFTEEN DAY jail term for killing a motorcyclist.   How does this happen?  Was the motorcyclist at fault somehow kleidung für sims 3 kostenlos downloaden?

In this case, the motorcyclist apparently did nothing wrong.  According to media reports, 19-year-old Jonathon Davis was riding his motorcycle and had the right of way at the intersection of Ellis Avenue and 27th Street NE in Canton, Ohio, when 27-year-old Michelle Merry blew the stop sign.  Davis smashed into the side of the car, went through the windshield and ended up inside.  He later died in surgery. 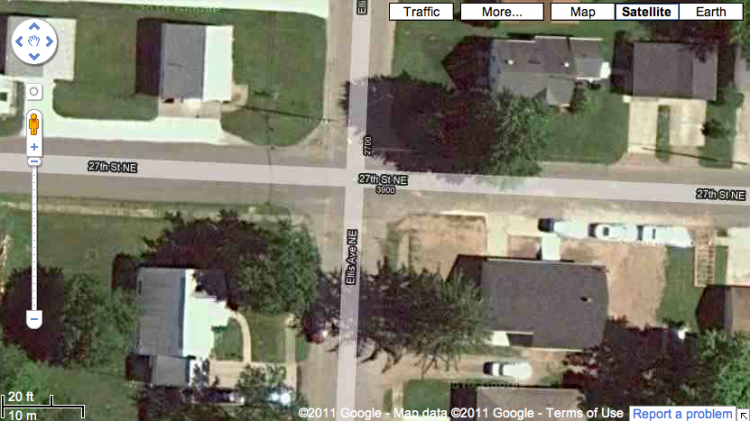 Michelle Merry was charged with Vehicular Homicide and Vehicular Manslaughter.   According to the most recent story, she plead guilty to Vehicular Manslaughter.  The judge sentenced her to “90 days in jail” then suspended all but 20 days, and gave her credit for five days served.  He ordered her to pay “fines, costs and restitution” and suspended her license for two whole years!  Wow, what a severe slap on the wrist for killing someone – two weeks in jail!

Criminal law is based on “intent” and punishing people who intentionally do things to others.  Murder – Assault – Robbery.  You don’t do these things carelessly or without intending to do them.  Those crimes are “easy” – no one has any heartburn about severely punishing people who clearly commit these crimes.   Whether you are for or against capital punishment, clearly people who intentionally kill, hurt or rob should be severely punished.  The guilty STATE OF MIND is critical top 100 deutschland kostenlos.

What about when someone CARELESSLY kills or hurts someone?   They didn’t mean it.  They didn’t INTEND to hurt you.  They weren’t planning on crashing into someone.  They “merely” goofed – they were twiddling the radio dial, texting, downloading a fax on their smartphone, turning around and yelling at their kids, driving “blindly” into the sun or doing some other dumb, stupid, careless or distracted thing when they smashed into someone or something else.  How should “The Law” treat these people?

What about someone who is “merely” speeding?  Should the penalties be more severe if someone is killed by a speeder?  How about if someone shoots a gun in the air on New Year’s Eve, not “thinking” that the bullets that go UP will also come DOWN somewhere and, maybe, into someONE?  That guy didn’t MEAN to kill someone – they didn’t INTEND to hurt anyone – they weren’t AIMING at anyone… they shot a bullet into the air and it killed someone … it “just happened”… it was “an accident.”

I hate that word – “ACCIDENT” – especially when it is used in discussions about cars and trucks running into bikes and killing or maiming riders.

These things are NOT “accidents.”  Accidents occur without regard to “fault.”  “Accidents” are not the natural result of stupid, careless behavior.  True “accidents” are the result of being in the wrong place at the wrong time – they are Nobody’s fault.  These crashes are the predictable result of a series of events set in motion because of someone’s stupid, careless behavior windows 10 datenträger abbild herunterladen.

How does the law treat these stupid, careless mis-steps?

With the increase of such cases we see that there are services that are looking into providing weapons to the right people. If you wish to buy 9mm ammo from Palmetto State Armory make sure that you follow the rules that they have set forth. In civil cases, you can pursue the stupid-acting doofus and obtain a money judgment to compensate you for your injuries and damages.  If some texting-teen  clobbers you, you have a claim against him/her.  If a radio-dial-twiddling motorist broadsides you, you can win money damages.  If Michelle Merry ran a stop sign and killed Jonathon Davis, Mr. Davis’s family can sue Ms. Merry for damages.  Of course, if she lacks insurance, or carries Ohio’s incredibly low state minimum of $12,500] they won’t collect enough money to pay the funeral bill, but, hey, that’s their problem, right?]

But does the CRIMINAL law punish these people too?  Well, not very well in some cases.

Remember, criminal law is based on INTENT.  These crashes [I like that word a LOT more than “accidents”] are not the result intentional actions, but they are the result of STUPID careless, negligent misconduct.   In Ohio, the criminal law recognizes that criminal consequences for carelessly handling two-ton vehicles on public roads is acceptable.

A driver may be charged with vehicular manslaughter, the least serious of Ohio’s three vehicular homicide offenses, if he or she caused a death on the road as the result of violating a minor traffic rule, or by violating any equivalent municipal ordinance.   Vehicular manslaughter is a 2nd degree misdemeanor, but can bump to to an M1 if the driver has no license.  90 days is typically the maximum sentence.

An individual faces a vehicular homicide charge if he or she caused a death on the road as a result of a failure to use reasonable care while driving, – i.e., was driving negligently – or failed to abide by speed limits in a construction zone.  This is a first degree misdemeanor that can bump up to a felony in certain cases.

Reckless operation can refer to a wide variety of driving, but the key element is willful or wanton disregard for the safety of persons or property. Weaving in and out of traffic, excessive speeding (usually 25mph or more over the speed limit), and other unsafe driving can be considered reckless operation.  Speeding has been found to constitute “reckless” operation as well. The issue of when “negligent” behavior crosses the line to “reckless” behavior is very tricky.

What about the consequences for less serious offenses of vehicular homicide and vehicular manslaughter? Are they strict enough.

In August, Richard Crabtree was killed on an Ohio road when Steven Tirpak ran a red light and broadsided Crabtree’s vehicle. Tirpak had a valid driver’s license, and was not under the influence of drugs or alcohol. He was charged with vehicular homicide and vehicular manslaughter. After pleading no contest to vehicular homicide, he received 180 days in jail (later reduced to 90 days), five years probation, a fine of $1,000, a term of community service, and the loss of his driver’s license for five years.

In 2008, Sara Bender was driving north on Route 23 in the rain when she struck and killed a cyclist, Dr. Steven Crowley.  She didn’t stop.  Rather, she went home, parked her smashed up car in the garage, got in a DIFFERENT car and returned to the scene.  She spoke with police there, and told them she thought she “hit a sign.”

In this case, Bender was not even CHARGED with violating ANY of the three crimes under the Vehicular Homicide section of the Code!  Prosecutors said they could not prove what happened, could not prove “reckless” behavior and did not have a case involving alcohol.  Bender had a valid license.  She “merely” left the scene.  She was charged with a felony “leaving the scene” and her case went to trial.  A jury convicted her of a misdemeanor violation.  She was sentenced to a mere 60 DAYS in jail for killing Dr. Crowley.

In August, 2010, my former employer, the 12th District Court of Appeals in Ohio, held that a truck driver doing 60 m.p.h. in a 55 m.p.h. zone was guilty of being “reckless” when his rig crashed into another vehicle killing the rear seat passenger and seriously injuring the two front seat passengers.  The driver argue that he was “merely” negligent (and thus guilty of a misdemeanor, not a felony) didn’t fly.