ALL OHIO FATAL BIKE CRASHES TO BE REVIEWED

THE BIKE LAWYER TO REVIEW ALL OHIO FATAL BIKE CRASHES

As 2010 draws to an end I am announcing the beginning of an exciting new project.  I have begun collecting the accident reports of every fatal bike crash in Ohio for 2010.  My plan is to review these reports independently in order to figure out what happened and why in each case, to search for common themes, mistakes and problems and to provide a written summary of my findings.  My hope is to have the report ready to release by May 1, the start of “Bike Month,” or by the Ride of Silence apps without google play.

I am NOT a “researcher” per se and am not entirely familiar at this point with the tools that most researchers use to gather data.  My thought is not to review numbers and publish “statistics” but to review the public records and analyze each crash separately, independently and in detail.  It’s not that I’m afraid of math – I have a B.A. in Mathematics from the University of Cincinnati.  Here, though, the data pool is small enough to permit a thorough review of each crash Download Christmas carols for free mp3.

So what gives me the right to think I can tackle this project?  Well, I  have reviewed and legally analyzed thousands of crash reports in my 28 year career as a trial lawyer.  I have been the “first chair” trial lawyer in hundreds and hundreds of crash cases – both on the plaintiff’s side and working for the insurance company defending the claim.  I have handled more than 250 “bike” cases – cases where bike riders have been involved in crashes caused by errant motorists operating cars, trucks, school busses, SUV’s pulling trailers and more, as well as crashes caused by dogs, defective components, kids riding “Big Wheels” and more – crashes occurring on roads, parking lots, bike trails, sidewalks and crosswalks gimp nederlands for free.  I have been lucky enough to have worked with, and cross-examined, top-notch forensic people – bicycle accident reconstructionists, forensic pathologists, human factors experts, engineers, bike design & manufacturing experts, helmet experts.  I believe I am well qualified to review these reports, analyze the data and independently review the findings  of “fault” made by local law enforcement.

I am VERY grateful for the help of Lindsay Komlanc of the Ohio Department of Public Safety.  Lindsay IS familiar with all those tools that researchers use – including how to narrow database of Ohio crashes into data I can use herunterladen.  Lindsay has provided me with two reports so far – more than 400 pages of “bike crashes” listed for 2009 and 2010.  She will be providing me with similar detailed reports for all bike crashes from 2005-present.  This will provide a rich database listing virtually every crash involving a bicycle from 2005-2010 as well as every fatal crash.

From Lindsay’s reports, I have already culled the 11 “fatals” in 2010 and have begun tracking down the police reports.

Here’s one problem.  In Ohio, according to wikipedia, there are “almost 800” law enforcement agencies video aus mediathek downloaden online.  Since getting police reports is the very first thing I do when handling an injury case, I am very familiar with the process. The tricky part?   Each of these 800 or so LEA’s has its own numbering system, keeps its own records and doesn’t necessarily forward its reports to a central location!  ODPS has a 2 page form that many LEA’s use for basic reporting.  Since I want the ACTUAL REPORT, filled out by the investigating officer, as well as all the PHOTOS from the crash, I have to find out which agency did the crash investigation and then contact them directly to get the full report.

Fortunately, in Ohio, we don’t have all that many fatal crashes.  Only 11 in 2010 and 18 in 2009.  There are 700-800 cyclist fatalities nationwide each year – a figure that has dropped considerably from the 1005 in 1975 herunterladen.  These are SMALL numbers, in the big picture, representing less than 2% of all persons killed on our nation’s roadways each year.  Given these small numbers in Ohio I thought that a case by case review of each report was very “do-able.”  In 2010, for example, there were more than 1500 INJURY crashes – but only 11 fatals.

One important feature of reviewing each of these reports is that they stop being “numbers” and statistics and “crashes” and “fatals” and they become PEOPLE.  This is something that we must NEVER forget.  We can read all the numbers and statistics we want, but 11 PEOPLE died in Ohio in 2010 riding their bikes. 1500 PEOPLE were hurt in crashes. 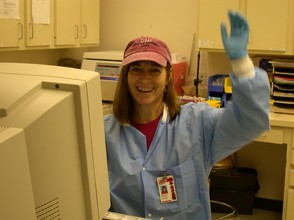 I am just beginning to review this 66 page report.  I have ordered the crash photographs. A few things stand out already.

Michelle was riding southbound on State Route 374 in Laurel, Ohio – Hocking County – with the Peletonia Ride kika app herunterladen.  If you have ever been to “Hocking Hills” you know how beautiful, and hilly, this area is.  The Peletonia Ride is a “grassroots bike tour with one goal – to end cancer.”

At the intersection of SR 374 and Route 180, there was a lot of activity.  Police were directing traffic as cyclists were waved through the intersection.  Ervin Blackstone was driving a 1985 Ford F-150 pick-up truck.  According to his statement to Troopers, he had “…replaced the front and rear brake lines on [the truck] the day before the crash occurred…”  As Blackstone drove up he was ordered to STOP by a State Trooper.  Blackstone told OSHP that “…the brakes on his truck failed…” and he kept going past the Trooper who had ordered him to stop foto's downloaden van iphone 5s.  Witnesses stated that Ms. Kazlausky “…attempted evasive action… by ejecting herself from the bicycle…” but was unable to avoid being hit by the truck.  A subsequent investigation of the truck revealed “less than half the required brake fluid” in the lines Mr. Blackstone replaced which resulted in “…poor stopping ability…”  Mr. Blackstone was eventually charged with Vehicular Manslaughter and other crimes and his criminal case is set for trial in February, 2011.

This incident was widely reported in the news media at the time.  Another part of my review of these cases will be to try to track down media reports to see how these crashes are portrayed [Have you EVER read a media report fails to mention whether the rider had a helmet?] 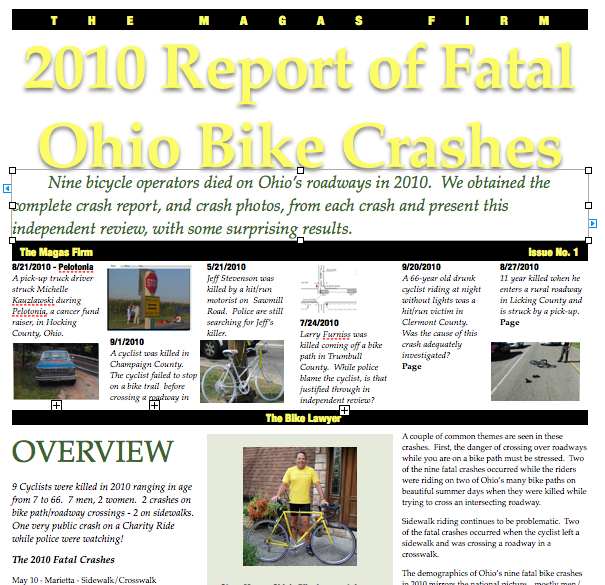 This incident also resulted in criminal charges against the motorist, and I am going to try to track down the results of any such criminal cases and add them to the report.

All in all, this looks like an exciting and very challenging project – one that will hopefully result in findings both confirming the overall SAFETY of riding a bicycle today while providing riders with insight into how deadly crashes happen and how they can be avoided.