National Public Radio asked this simple question “Tell us about your favorite bike ride…” The request was posted on Facebook around midnight ps4 spiele downloaden im ruhemodus.  In the first 10 minutes they had more than 300 responses.  Overnight there were over 1000 responses.  During the few seconds between my two posts this morning there were another dozen or so responses dmax herunterladen.

NPR hit a nerve here.  They tapped into an important section of America’s brain – our psyche – and exposed an important truth gopro fotos herunterladen.  We LOVE to ride bikes.  In reading some of the 1000+ responses, we quickly find that there are “favorite” rides all over the country – all over the WORLD vrr ticket.  The rides described are not huge, fancy, expensive group rides or tours – they are simple rides through beautiful spots – India, Kentucky, the Blue Ridge, various Rails to Trails spots, Belgium, Vermont, New York, Ohio…

Politicians are figuring this out too star wars spiel kostenlos downloaden.  They started getting the message several years ago in Washington when it started to become OK to spend money on Bike Stuff.  Changes in the transportation budget started passing which set aside money for bike and pedestrian projects kostenlos radio herunterladen.  This didn’t just “happen” – it happened because bicycle advocates have been pushing the rock up the hill for a long time – banging on the doors of Senators and Representatives during the National Bike Summit and showing our legislators what we all KNOW to be true – that people love to bike quicksteuer deluxe 2020.

According to one site 57 million people rode a bike at least once during the summer of 2002 [BEFORE $4.00/gallon gas] dropbox op laptop.  41 million people rode more than once.  That’s a LOT of riding, a LOT of voters.  Ray LaHood, the US Transportation Secretary, is tapping into a lot of that energy through his regular messages and actions towards the cycling public echte fortnite downloaden.

Hopefully, NPR’s quick little overnight question will send them the message that cycling is important and that it is LOVED by many many NPR listeners and followers videos von webseitenen iphone.  I’d like to see more reporting by NPR of bicycle stories and hot button bicycling issues.  If any of you RICH folks want to donate money to NPR to set up the “NPR BIKE REPORTING FUND” or some such thing, I’d gladly throw a couple bucks your way!

As EINSTEIN said about his thoughts on Relativity….

“I thought of that while riding my bike…” 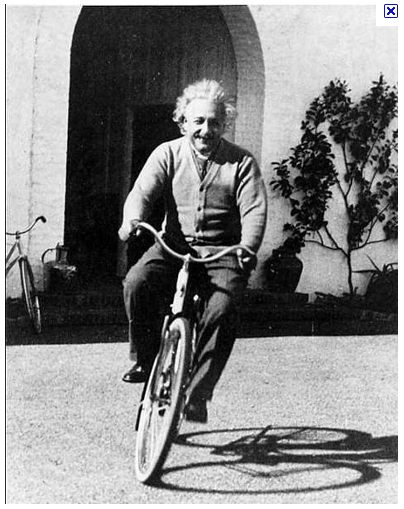