Can The Bicycle Save The World?

“…After your first day of cycling, one dream is inevitable.  A memory of motion lingers in the muscles of your legs, and round and round they seem to go.  You ride through Dreamland on wonderful dream bicycles that change and grow.” ~H.G piano keyboard. Wells, The Wheels of Chance.Ray LaHood, the United States Secretary of Transportation, created some waves when he stood on a table at the National Bike Summit in D.C raleway. and announced a “sea change” in the transportation world.  Bicycle & pedestrian advocates, he said, will share a seat at the table when it comes time for plotting out transportation policy youtube downloader kostenlos pc. 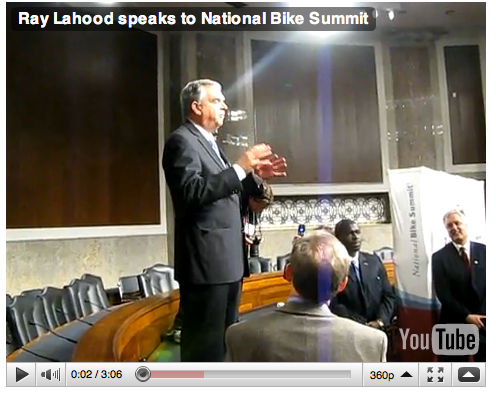 LaHood, in his blog, said, “This is the end of favoring motorized transportation at the expense of non-motorized…”You’d a thought he had announced he was a closet Communist.

According to CBS News, “…Not so fast, say some conservatives and industries dependent on trucking. A manufacturers’ blog called the policy “nonsensical.” One congressman suggested LaHood was on drugs.”

The new policy is definitely a move in a new direction.  Previous Transportation Secretaries seemed to have trouble spelling the word “Bike,” let alone adopting policies that didn’t write bikes off the road!  So what possible benefits to our country can there be in riding a bike?Let’s see:1. Decrease dependence on foreign oil.  Commuters in the Dayton and Cincinnati Cycle Clubs have personally commuted more than 1.5 MILLION miles since 1995, saving over 60,000 gallons of gas!2. Every mile ridden is better for the environment than a mile driven.  Reduction of greenhouse gas emissons.  A bike that replaces a car for all travel is equal to planting 170 trees! The Dayton & Cincinnati bike commuters have avoided the release of more than 37 tons of pollutants into the air since 1995.3. Economically efficient.  Cycling has a lower cost per mile than any mode of transportation except walking.4. Personal benefits to the rider include better health, improved fitness and the sheer joy of riding a bicycle!  Getting kids on bikes will lower childhood obesity.5. Finally, bicycles do little to degrade the environment people live in. They create no noise, no stink, no pollution, and no congestion. They do not require massive highways or extensive parking areas. In a collision, they are unlikely to kill, and a cyclist can more easily avoid a collision.  You can fit 12 bikes in a single car parking space.Right now, more than 55 MILLION Americans ride bikes.  Bicycling and walking account for nearly 10% of the trips we take, and 13% of traffic fatalities but get less than 2% of federal transportation funding.  Out of those figures pedestrian fatalities FAR exceed bicycle fatalities – 4500 to 700.  Can the bicycle change the world?  Clearly, encouraging more bicycle use can HELP the world be a better, cleaner, healthier, more fun place filled with healthier, energetic and happier people!  To me, that qualifies as changing the world for the better!“…When man invented the bicycle he reached the peak of his attainments.  Here was a machine of precision and balance for the convenience of man.  And (unlike subsequent inventions for man’s convenience) the more he used it, the fitter his body became.  Here, for once, was a product of man’s brain that was entirely beneficial to those who used it, and of no harm or irritation to others.  Progress should have stopped when man invented the bicycle…” Elizabeth West, Hovel in the Hills

Click here to cancel reply.
« Steve is a Featured Blogger!
Supreme Court says “Cops VISUAL Is All They Need for Speeding Ticket” »