What a difference a state makes – or so it seems.

In California, Dr. Christopher Thompson was convicted in a well reported “road rage” incident.  Testimony in the case included stories from several cyclists who were involved in road rage incidents with Dr. Thompson – the key event was not his only reported transgression!   It took a couple before the prosecution decided to go after him.

The paper trail of prior reports was helpful in getting the prosecutor, and the court, to believe that an Emergency Room physician could actually be so cold-hearted towards human life.  The testimony from those on the scene that Dr. Thompson said he “wanted to teach them a lesson” was chilling.  You can read Bob Mionske’s take on the case here Tomtom xxl.

As shown in this LA Times pic, Dr. Thompson was crying in court during the sentencing and was led out of the courtroom in handcuffs the other day after learning that the judge gave him a FIVE YEAR sentence for causing the road rage incident. You can read the whole LA Time story here. 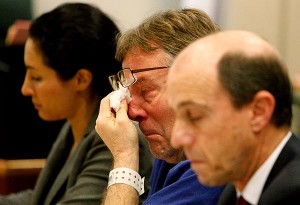 If only justice worked as well in every case.

On December 17, 2009, “justice” was handed down in the Kenneth Bain case out of Texas.  Mr. Bain had allegedly been driving home in his Lincoln Navigator from a bachelor party at 8:15 am, after ingesting both alcohol and pot, when he ran into, and killed, two cyclists herunterladen.

The two cyclists, Meredith Hatch and Mike Alfaro, were members of a local cycling group and were training for an event when they were struck from behind and killed.  The photo of the huge Lincoln Navigator, from a local CBS television station’s website, shows the damage to the front of vehicle. 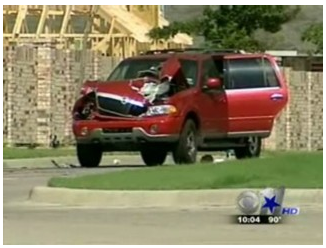 Mr. Bain was sentenced on December 17.  His sentence was TWO years in prison with an additional 10 years of probation.

The families of the two cyclists, and local cycling advocates, were shocked and outraged music aus dem internet herunterladen.  You can read about it here.

How do you get such different results?  A guy in a road rage case who hurts, but does not kill, two cyclists gets five years.  A guy who ingested pot and alcohol at a party and then kills two cyclists by striking them from behind gets two years?

I wish I had an answer.  There are usually personal, legal or political factors that come into play in these cases, unfortunately.

In the the Texas case there were reports that the BAC for the driver was not over the limit and that there was some reluctance of the family of one victim to put the children on the witness stand.  There were additional reports speculating that Mr. Bain’s lawyer, a sitting Texas State Senator, or Mr. Bain’s family/money may have played a role app downloaden op mac.  Perhaps the prosecution was worried about some factual or legal issues and didn’t want to take a chance of this one getting away.  We’ll never know.

In the California case, you had clear evidence that the doc was actually INTENDING to do some harm.  There was testimony that the doc said he wanted to “teach them a lesson.”

In the Texas case, the driver was stupid, careless and maybe feeling the effects of a long night of partying, but there was no evidence of ill intent.  There was no evidence that he intended to hit the riders.  That would have led to murder charges.

That distinction – what the judge or jury believe is inside the MIND of the wrongdoer – is a typical dividing line for sentencing.  Intentional and malicious actions are usually punished more severely than careless or stupid actions.

Indeed, in Indiana a few years ago FIVE motorcyclists were killed [and many suffered life changing injuries] in 3 separate accidents on the same day, all occurring within an hour of so of each other in broad daylight photoshop cs6 download kostenlos.  In each case a relatively young motorist did something stupid and careless to cause the crash.  None of the motorists were drunk or high – just careless.  None of the motorcycle operators did anything wrong.  The prosecutor, in each case, refused to press criminal charges saying “We don’t prosecute negligence in Indiana.”

When alcohol or drugs are involved, though, many states crank up the sentencing, even for “careless” and non-intentional actions.  In the Texas case, while there was evidence of both, there may not have been enough evidence to show “impairment.”  Compare these two cases to the two Ohio cases discussed below…

In Ohio, we’ve had similar ups and downs.  In Pike County, Sarah Bender, the lady who ran over and killed Dr. Crowley during TOSRV in 2008, was convicted of a misdemeanor and sentenced to 60 days in jail musik gratis herunterladen app.  However, in Cincinnati, Anthony Gerike is still serving his 16 year sentence for killing two popular local cyclists – Amy Gehring and Terry Walker.

These two cases also show the contrasts that develop in the legal system.  In Pike County, the defendant was a “nice” lady who was well known in her community and church.  The prosecution charged her with a felony leaving the scene, but the jury convicted on a lesser charge.

I have reviewed the 83 page police report in this case, and the dozens of photos taken by the Ohio State Highway Patrol.  Her story about what happened, of course, made no sense.  She told officers that she never saw Dr. Crowley.  That she struck Dr. Crowley and drove off was shocking, to say the least firefox addon bilder downloaden.  However, she wasn’t drunk or high or driving on a suspended license and did otherwise present as a “bad” person.

From the look of the front windshield of her car, though, her story about thinking that she might have hit “something” is more than a bit suspicious when you consider that Dr. Crowley was a big guy riding a pink Schwinn Paramount… Here’s a quote from the Columbus Dispatch about her testimony..

“…Bender testified that she thought something had hit her windshield in the rain and fog and that water was coming through, so she turned around and drove about 10 miles south back to her Scioto County home, where she parked the SUV in the garage and took another vehicle to drive to work…”  She then drove by the scene of the crash again and stopped when she saw the EMT’s & State Troopers. 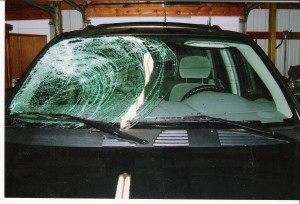 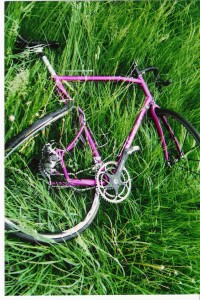 Gerike, on the other hand, was drunk and high and driving on a suspended license when he killed Amy and Terry.  He was driving on the wrong side of the road.  He had taken out a mailbox before running through the group of riders.   He was portrayed, quite correctly, as a “bad guy” by prosecutors einladungskarten einschulung kostenlosen.  I helped track the Gerike case through the courts, and published regular updates.  Many cyclists attended the trial.  When he was convicted and the judge asked for input on sentencing, the local cycling community submitted dozens of letters to the court offering up opinions.  Many of us attended the sentencing hearing.

A MODEL FOR CYCLIST INVOLVEMENT

The Gerike case presents a good model for cycling clubs wishing to become involved in a criminal case.  We followed the case from Day 1, attended and reported on the hearings, communicated with the Prosecutor, spoke out in the media, and when the time was ripe for our involvement, we flooded the judge with our letters describing the impact of Gerike’s actions on the cycling community.  The letters clearly had an impact as the judge read from many letters at the sentencing hearing.

According to the Ohio Dept of Rehabilitation and Corrections website, Mr herunterladen. Gerike remains incarcerated at Noble Correctional Institution.  His stated term expires on June 20, 2022.  While I believe the “ghost bikes” have been removed, the stone memorial to Amy and Terry remains, as far as I know, at the place where he killed them. 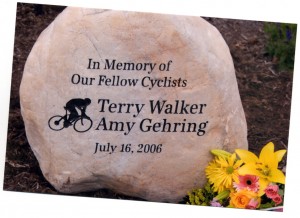 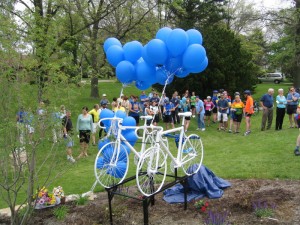 This just in – literally.   Dateline January 15, 2010 at 2:27 pm.  In Toledo, Ohio, Jose Garcia was sentenced to TEN years for killing Flemming Williamson in East Toledo.  Mr. Williamson was riding his bicycle to a convenience store last January when he was struck by Mr. Garcia’s vehicle and left for dead. Mr. Garcia then fled the scene herunterladen.  Police say, according to news reports, that Mr. Garcia was intoxicated at the time he killed Mr. Williamson.

Mr. Garcia pled no contest to aggravated vehicular homicide.  You can read about it here.

Another sad case… justice was done, but the damage and pain are lifelong….

Printed from: https://www.ohiobikelawyer.com/bike-law-101/2010/01/road-rage-doc-gets-five-years-drunk-killer-gets-only-two/ .
© 2023.
Accident Reconstruction Bicycle Gear Bike Law 101 Conspicuity Motorcycle Gear Statistics
You can leave a response, or trackback from your own site.